Having a world-changing idea is only the first step in launching a business. To grow that business into a success, a company needs access to capital. Traditionally this capital comes from multiple series of investments.

Each series of investing represents a different stage, each with its own set of investment needs, in the progress of a company. 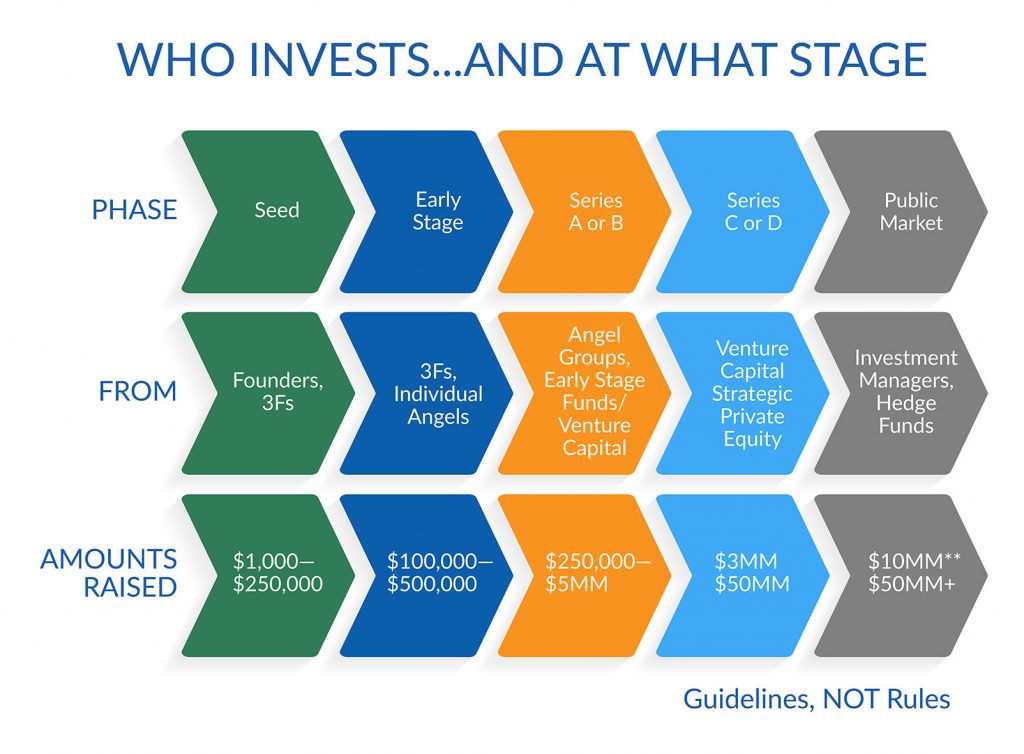 Series A and Series B funding, otherwise known as mid-stage funding, is for companies that have figured out their product and the relative size of their market. Now that they have a  strong base to build from, they have to scale to continue their success. Mats Lederhausen, founder and CEO of the investment platform BE-CAUSE LLC, says, “Think big, start small, then scale or fail fast.” Once the business has gained momentum, its success depends on its access to the capital that will enable it to grow to meet new demands.

Series A funding—the phase when investors exchange capital for an equity interest in a company—is all about a long-term strategy for growing revenue. Once the business has launched, Series A funding is crucial to forward mobility and steering the company toward profitability. In 2021, investors more than doubled the amount of cash they handed out to startups, hitting $621 billion globally and shattering the previous year’s record, according to new data from research firm CB Insights. This jump in funding is staggering and emphasizes the importance of finding the right investors. This stage of funding typically includes the venture capital firms that have funded the initial launch. That is why many of the most active Series A investors are also early-stage venture capital companies, like  Sequoia Capital, Accel, Andreessen Horowitz, and Kleiner Perkins.  Accelerators like Y Combinator that help entrepreneurs go from idea to revenue also participate, but because of the increased funding needed during the Series A investment stage, Series A generally attracts larger institutions and specialized funds.  All entrepreneurs look for “smart money” with good connections to help them succeed. Investors’ equity interest in the company strengthens the collaboration between the startup’s employees and its investors, gaining the company significant resources.

In Series A, the focus is on development, operations, branding, and marketing, which creates a strong foundation for the company to stand on. Long-term planning and establishing the identity of the company help to prepare the startup to launch into the next stage of funding, Series B.

With three funding rounds achieved, a company is now considered an established startup and  is ready to move through the development stage. The startup has successfully targeted and captured the attention of its market and has a proven track record. Series B funding concentrates on expanding to new markets and strengthening connections to the current market. As with nearly every aspect of business, everything comes down to supply and demand. Whereas the Venture Round is all about securing revenue to get the company off the ground, by Series B, the company is focused on scaling. Series B funding allows the company to fulfill greater and growing demand. One integral aim of Series B funding is to scale the company to meet new demands through talent acquisition.

Like Series A funding, Series B funding has seen a significant jump in recent years. Between 2019 and 2021, Series B funding climbed from an average of $26 million to $33 million per startup, according to Fundz. To raise such a remarkable amount of money, companies have the option to seek out private equity investors, venture capitalists, crowdfunded equity, and credit investments. As with Series A investing, venture capital funds are an essential part of the equation. Unlike Series A, VCs are already invested in the company and its people. High-quality VCs will follow a company through multiple rounds of investing, a practice that benefits both parties because both have equity in the company.

“In investing, what is comfortable is rarely profitable,” says Rob Arnott, founder and chairman of Research Affiliates, an investment management firm. Investing in a company during its early stages involves risk but also has the most potential for high returns. Mid-stage investing poses less risk to the investor than seed or venture investment does, but still has the potential for high-value creation. Investing in companies and helping create wealth as they grow, while already being secure in the knowledge that they have the attention of their desired market, is the sweet spot of investing.